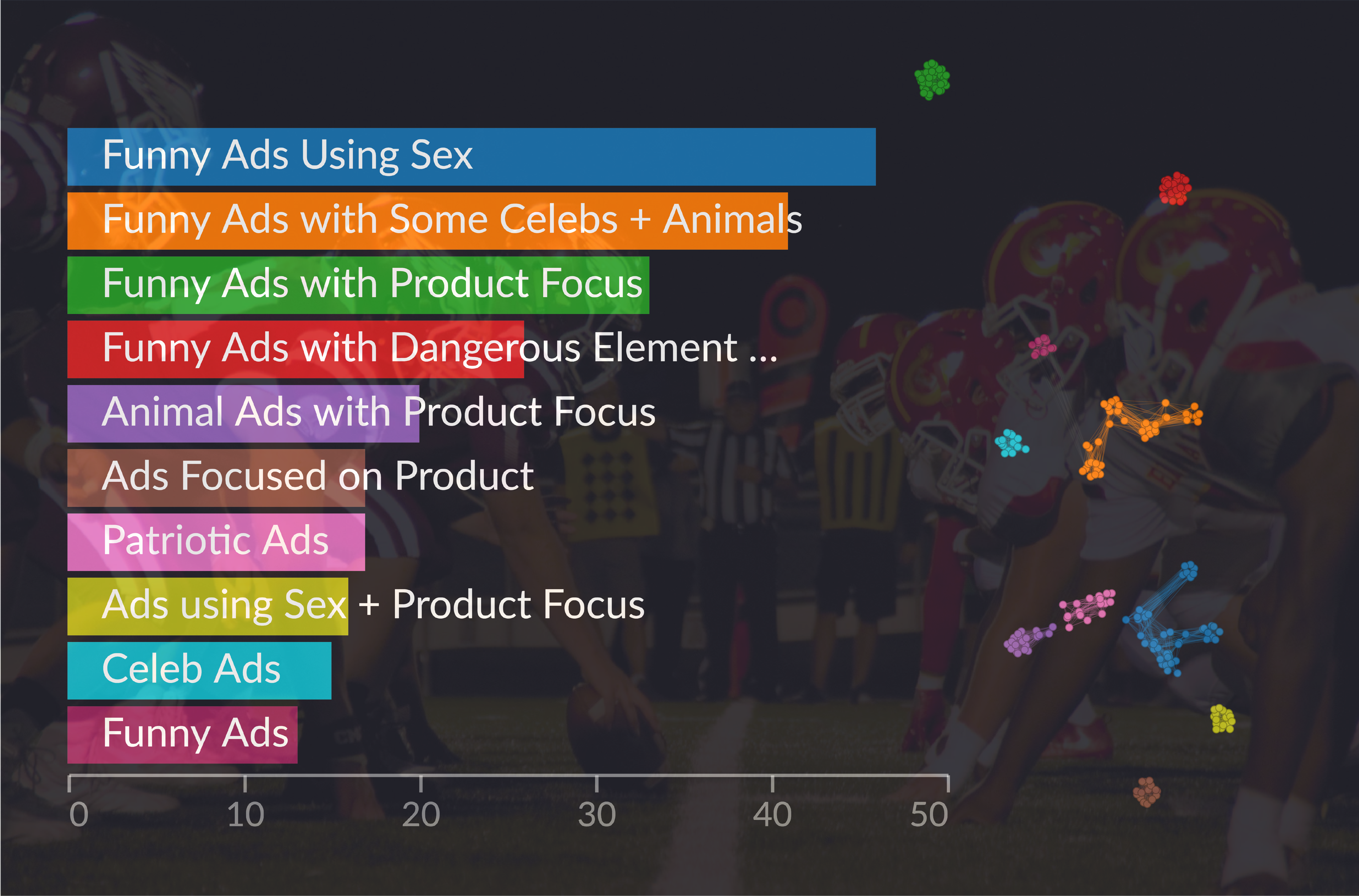 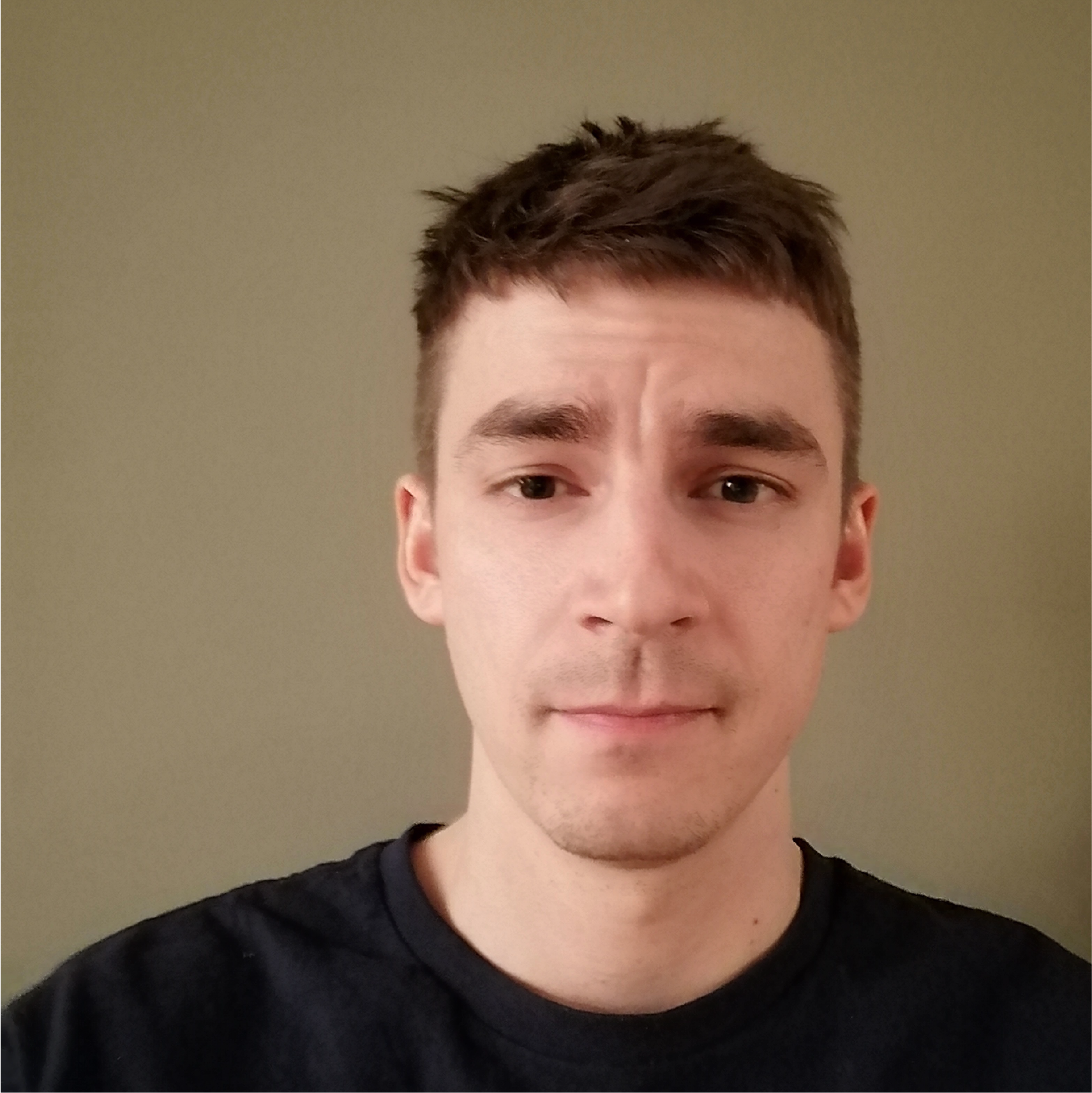 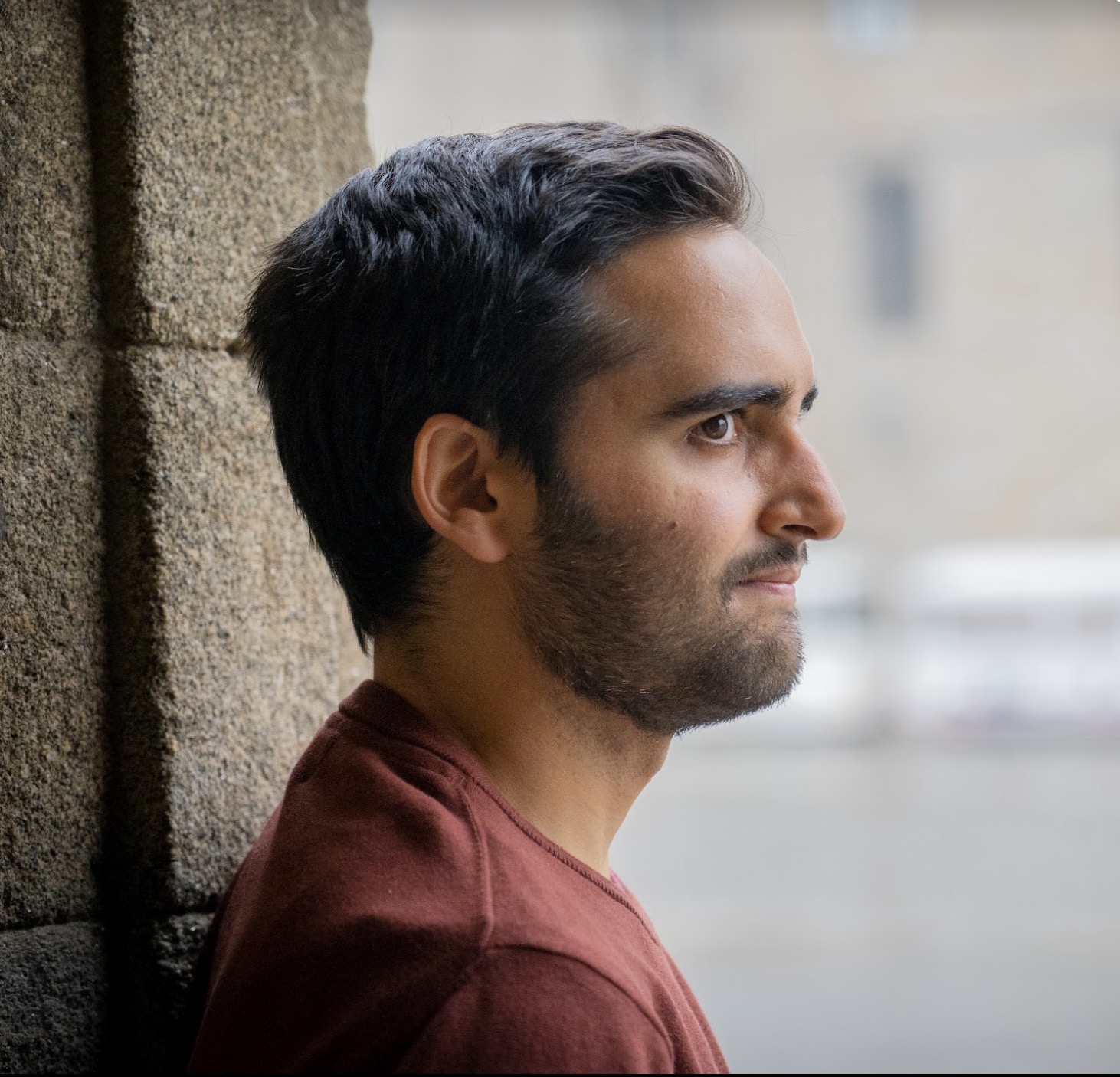 Super Bowl ads are famous. The opening bid for a 30-second commercial at the 2021 Super Bowl was $5.6 million, the average cost of the same length advertisement at last year's game. Typically the event will have around 100 million viewers in the US alone. With such a gigantic portion of American consumers glued to their TV screens for the duration of the match, it is no wonder that big brands continue to pull out their wallets for the occasion. Then, there is the added pull of social media conversation. In today's digital economy a memorable Super Bowl ad will probably go viral.

But how do the brands that repeatedly fork out for Super Bowl commercials capture the attention of the American public? This question piqued the interest of Ryan Best, a visual journalist at FiveThirtyEight. Best and a team at FiveThirtyEight diligently consumed 233 Super Bowl ads from the top 10 brands that aired the most spots in Super Bowls this side of the Millenium. Manually, they evaluated each commercial based on the appearance of comedy, sex, patriotism, celebrities, animals, danger and the product itself.

Jumping on the opportunity to work with a fascinating dataset created with the intention of grouping commercials with similar content, we built a model clustering the ads based on their characteristics.

Our model used the content of ads to create several distinct clusters, the most populous of which were commercials using a combination of sex and comedy. The brands most frequently appealing to the American public with a blend of sensuality and merriment were Bud Light, Pepsi and Kia. Adverts like this one from Pepsi where a subway traveller is transported to a hot tub full of attractive women sell sex and make people laugh.

Comedy made its way into all adverts within the 4 biggest clusters identified by our model, making it the most popular device in the dataset. Often combined with sex appeal, celebrity appearances or animal cameos, adverts that came across as funny have been consistently relied upon by advertisers to entertain audiences. Funny adverts accounted for 70% of the dataset.

70% of Super Bowl commercials over the past 20 years were funny.

Nonetheless, the use of comedy in Super Bowl adverts has been falling steadily over the past ten years. Adverts like this one from Bud Light featuring goofy guys with bikini models are falling out of favour. Even more dramatically, sex appeal is being wiped out as a characteristic of Super Bowl adverts. In the early years of the new Millennium, there was pretty much a 50/50 chance finding a scantily clad actor or actress striking an alluring pose. This trend has dissolved almost entirely with only 2 ads using sex to sell their products in some way since 2017.

Instead, our model found that the cluster featuring animals, celebrities or both has, more recently, been home to an increasing number of Super Bowl ads. Since 2016, these kinds of adverts have overtaken funny, sexy ads to become the most common. Celebrity appearances have risen dramatically with Kia and Pepsi switching their tactics to take advantage of the influence that popular public figures have on social media.

Comparing the characteristics of Pepsi and Coca-Cola commercials highlighted the differences between the approaches of these two brands. Coca-Cola ads drew upon patriotic messages more frequently than their soft-drink counterparts, often featured animals and focused on their product or brand. Pepsi has used celebrities, comedy and sex to sell their products. The varying approaches of Budweiser and Bud Light tell a similar story. Where Budweiser preferred patriotic images and animals, Bud Light's ads, which were the most numerous in the dataset, featured danger, sex and comedy.

A share chart showing the decline in sex as an advertising device in superbowl commercials over the past 20 years.

A share chart showing the decline in sex as an advertising device in superbowl commercials over the past 20 years.

FiveThirtyEight manually evaluated 233 Super Bowl ads over the past 20 years.